What Is Quinoa & Is It Good For You?

Quinoa aka ‘the supergrain of the future,’ is a seed, a grain seed that precedes all current health fads by around five thousand years.

Surprisingly, quinoa is a seed that actually belongs to the same family as the sugar beet and spinach (referred to as the goosefoot family) and botanically, they are very similar. The quinoa plant’s leaves can be eaten like spinach but its seeds can also be used in the same way as grain.

The history of quinoa

Quinoa originated with the Incas in the mountains of Bolivia, Chile, and Peru as a staple diet, leading the Incas to call it the “mother grain.” The Inca’s were an ancient South American empire more noted for creating one of the greatest imperial states in human history than diet tips. However, they did discover that quinoa improved the stamina of their warriors.

Now here we are, five thousand years later, a little more research savvy than the Incas were and we’re calling quinoa ‘the supergrain of the future’. Let’s find out what the benefits of quinoa are and decide for ourselves.

Quinoa has double the fibre of most grains

Well, almost double. Why is that a good thing? Fibre helps to avoid ailments like constipation, lowers blood pressure thereby preventing heart disease. To top that, fibre lowers cholesterol and glucose levels, may lower the risk of developing hemorrhoids and could help you lose weight.

Yes, one of the silliest expressions ever created, but quinoa happens to be one of the most protein-rich foods ever created so it’s a good time to wheel it out. Quinoa is what you might call a complete protein as it contains all nine of the essential amino acids.

Quinoa is your very own IronGrain superhero 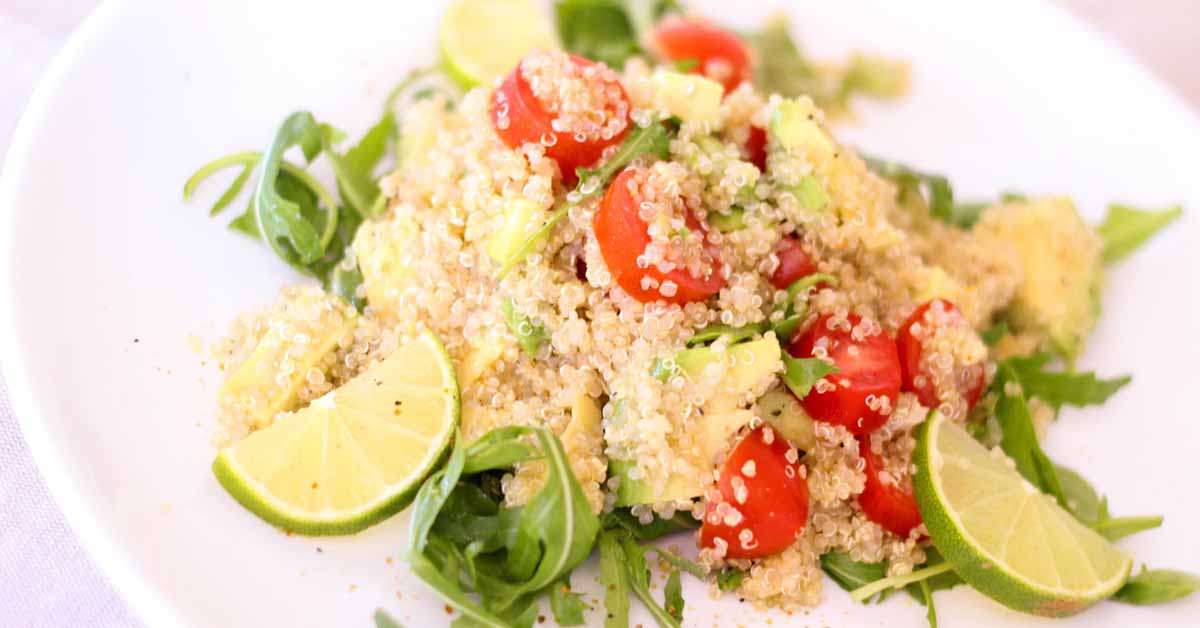 Iron keeps our red blood cells healthy and, carries oxygen from one cell to another, supplying oxygen to our muscles and aids their contraction. Iron also increases brain function as the brain takes in about 20% of our blood oxygen.

Quinoa contains lysine that is mainly essential for tissue growth and repair. While there are other good sources of lysine, like meat, cheese, and legumes, high–protein grains like quinoa can greatly add to your lysine intake.

Quinoa is a tasty source of Riboflavin

Quinoa is good for weight loss

Well, indirectly. Quinoa takes a while to chew and makes you feel fuller for longer once you do. As a result, you stand a good chance of eating less. Also, quinoa also has fewer calories by volume than most other foods. So while you feel full, you’re diet-conscious mind can be reassuringly empty of guilt.

How to cook quinoa?

Quinoa is a great alternative to rice or pasta and, with a rich, nutty flavour, it’s a quick and tasty meal on its own. It makes a great base for salads, vegetable stuffing and even a nutritious breakfast topped with maple syrup. Read more on out how to cook quinoa.

For more great nutrition tips and ways you can give your flair for health and diet a real professional edge, check out our nationally recognised accredited  10967NAT Diploma of Nutrition course that qualifies you to become a Nutrition Advisor! Enquire Now or call us on 1300 616 180 and speak to one of our career advisors for more information.